Jason Spisak on FOX's Lie To Me (Tonight)

The star of Intersect, Jason Spisak, will be appearing on FOX's prime time crime drama "Lie To Me" tonight. 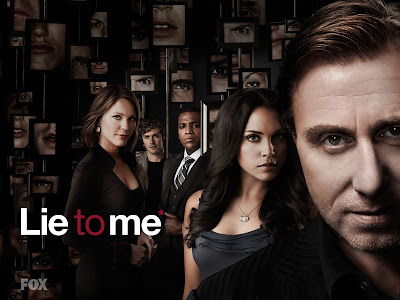 In case you haven't seen it, it stars Tim Roth (Reservoir Dogs, Pulp Fiction, The Incredible Hulk). Here is what Wikipedia has to say:

In the show, Dr. Cal Lightman (Tim Roth) and his colleagues in The Lightman Group accept assignments from third parties (commonly local and federal law enforcement), and assist in investigations, reaching the truth through applied psychology, interpreting microexpressions, through the Facial Action Coding System, and body language.
at October 25, 2010 No comments:
Email ThisBlogThis!Share to TwitterShare to FacebookShare to Pinterest
Labels: FOX, intersect, Jason Spisak, Lie To Me, Tim Roth

First look at the PORTAL!!!

This week was pretty eventful in "Intersect" land.

Just yesterday, we got an email from our friends at Art In Metal saying the initial framework for the portal is done! They included the photos above.

The portal... that giant metal arch there... will eventually be adorned with lots of copper wire, various tubes, glowing blue light, and other sciency goodness. I will post more glamour shots of the portal once it's installed in the lab next week... along with the wheelie robots that attend to it. All of which will be housed in a giant triangle-shaped room, referred to lovingly as "The Event Chamber". (More info on that soon)

Over the weekend we replaced all the boring florescent lights in the laboratory set with a bunch of giant, neato, industrial dome lights. Check out this sweet time-lapse video of our hard work! 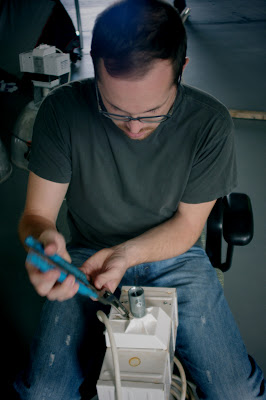 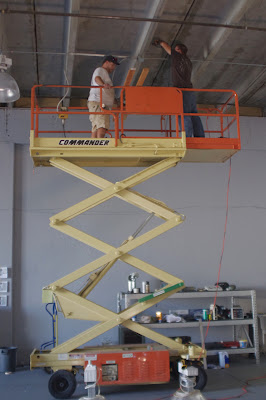 We hung the first big chunk of lights for the main lab area, and we're waiting for the event chamber and portal to be installed before we hang the rest.

We're assembling our CG team now, and thinking about getting some actors to fill the roles in the script. Stay tuned to find out if we do!

Welcome to the Intersect movie blog! 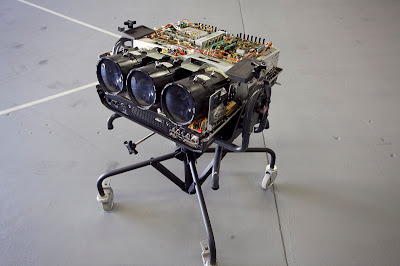 We are going to attempt to be diligent in updating this blog with every step of the filmmaking process... from preproduction, design, casting, filming, editing, and through to distribution, and eventually world domination! We hope you stay tuned.

Unfortunately, we're already fairly deep into the preproduction phase of the film... FORTUNATELY, that means we at least have something to talk about in this first blog! I will attempt to re-chronicle what's gone on in the past few months. Jesus God, time flies! Granted, the first month was just lots of boring meetings and food being eaten. But I'll try to catch you up to speed! Hello, my name is Luke Holwerda, and my title on this film is Director of Photography, and whatever else I end up doing that needs done. Let's get to it already!

During this time, our Writer/Director Gus Holwerda was putting the finishing touches on a script, and we were discussing how we should attack this film. We already had our lead actor, Jason Spisak, (Piranah 3D, Lightbulb, Everything Must Go with Will Farrell, and recently guest starred on Lie To Me with Tim Roth), who we have worked with in the past. We all liked how we worked together, and decided we should team up and try to make something very special and worthwhile to all of us.


Gus presented us with a script for a time travel mystery film. We were all very excited and motivated to get started working on the film, and immediately scheduled a number of Friday night Paradise Bakery meetings. This went of for a couple weeks until I was able to secure a cozy conference room at the Orpheum Lofts downtown. Tres chic! From then on, we were official. 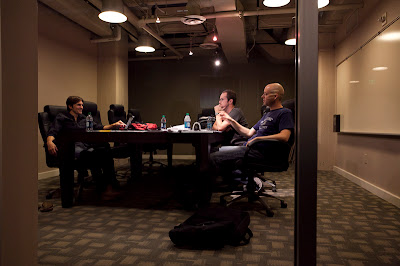 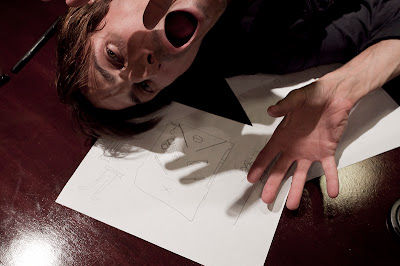 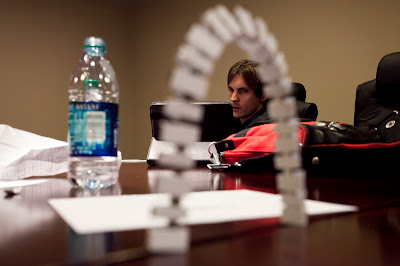 Jason started to gather actors and file the SAG paperwork, Gus and I went location scouting, and we started making endless lists of to-do's and to-buy's. We all agreed that the hardest part, and the most important part of the film was the laboratory / portal set. We knew there was no way to secure a physical location like that... especially not a real lab that could meet all the expectations of the three of us... so we went on the hunt for a giant warehouse to build a set in. 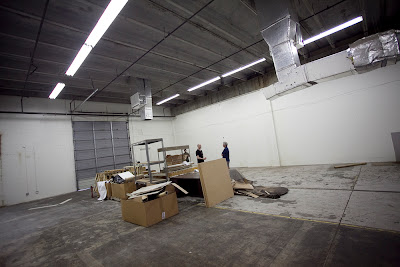 It's really amazing how fast you can shift from shooting an independent short film wherever possible, to building your own set in a warehouse. Jason found us an amazing space, in a nice neighborhood, and we got a nice deal on rent to boot. The only stipulation was that we had to clean it out. 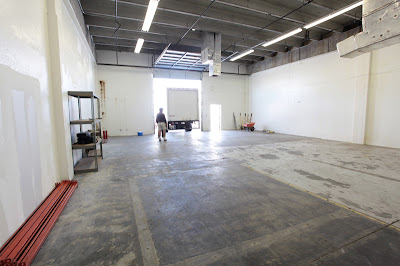 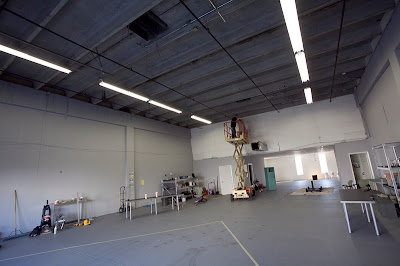 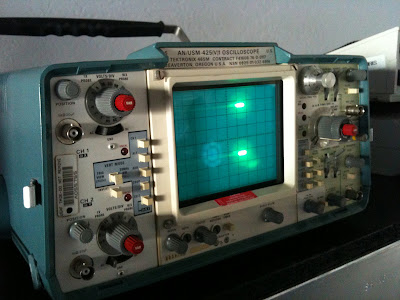 A couple of weekends later we had the place cleaned out and painted... and we started deciding on set dressings. Gus remembered hearing about ASU holding auctions to get rid of their old science equipment... a few weeks later we were buying giant loads of broken or decommissioned equipment none of us had ever seen before. It was time to get the team together! Our good friend and long time film collaborator Brad Murren and his brother Paul joined the effort and helped us haul all the new gear to the warehouse. 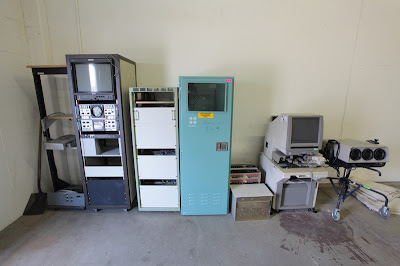 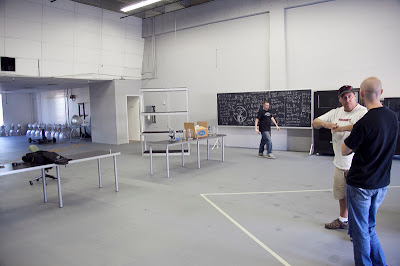 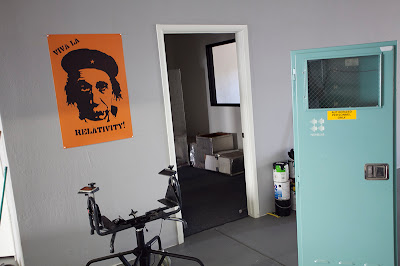 During this time, Jason, Gus and I were meeting with a metal sculptor named Lyle London at Art In Metal in Phoenix, who was working with us to develop the prop for our time machine/portal based on the design we worked up in our meetings. As we continued with our weekly meetings, and our discussions with Lyle, we started to feel the direction we needed to take the set. We designed a super bad-ass "event chamber" in which the portal is contained. Sort of a blast proof room as well as a concert hall. After arguing back and fourth on the design of the chamber, we finally landed on something we all thought was as unique as it was ominous... a triangle! 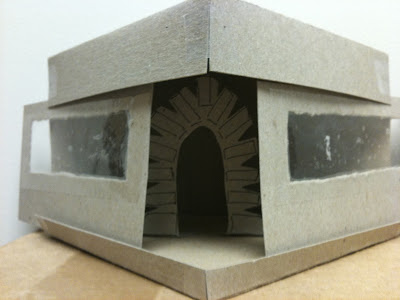 The design of the room came quickly after that. It was our breakthrough. It was genesis. It suddenly gave the script an iconic, filmic, and eerie feel. A giant triangle shaped chamber in the center of a cold laboratory... with two giant sliding doors in the middle. How sci-fi is THAT!!?? 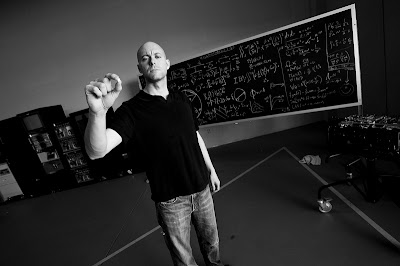 As I am typing currently, we are still filling out the warehouse, starting to light the room, and working out the preliminary steps for the CGI involved in the movie. The all important casting is coming soon as well. 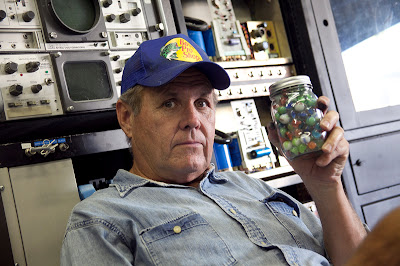 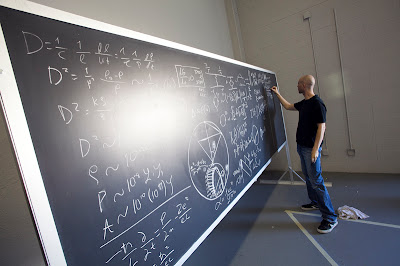 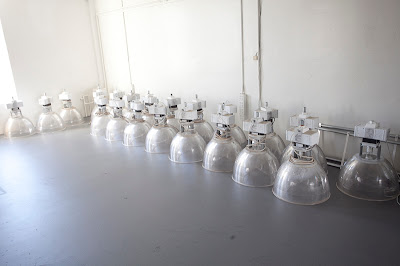 The chamber and portal are being built, and we have a delivery date scheduled for some time in the next two weeks. Equations are being written on chalk boards... desks are being nailed together... camera angles are being visualized... and money is going up in smoke! 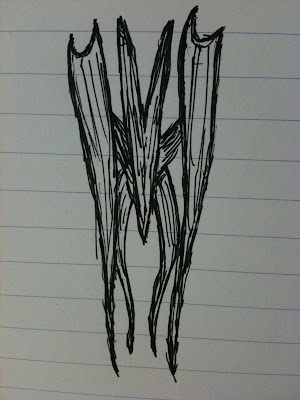 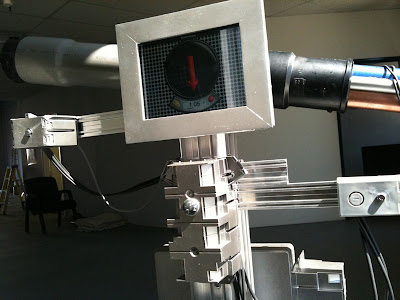 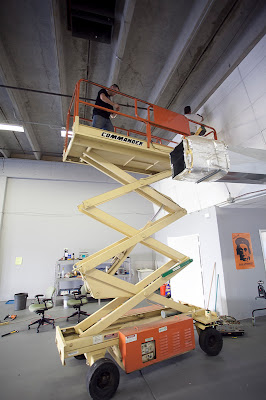 We're creeping very quickly towards our first day of shooting. We're loosely planning on around the first of November to fire up the RED. Lots of set construction, lighting, casting, rehearsals, testing, and eating still need to be done. And we will continue to post on this blog the progress we make all along the way. Friend us, like us, follow us, love us, digg us, join us, help us, and watch the movie when it's done!