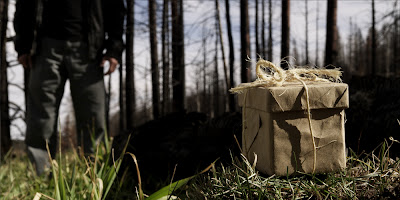 Yes, you read that correctly... we're officially done filming! Sure, there may be a few pick-up shots to grab, or a building to shoot... but for all intents and purposes, Intersect principal photography is wrapped! 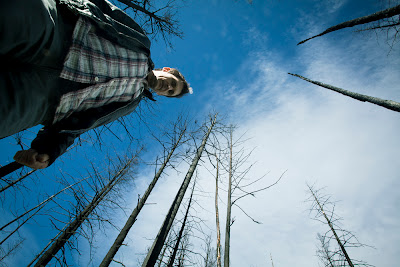 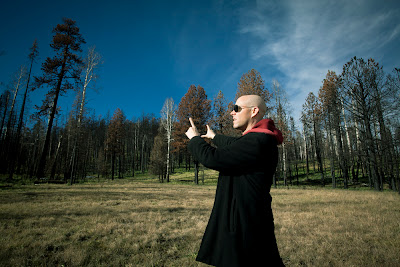 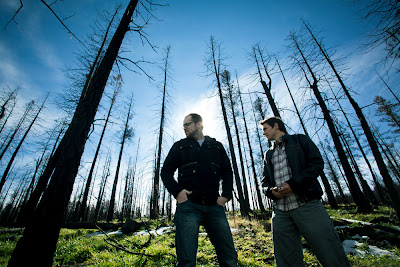 This blog post is actually a few weeks coming. We've been busy going over the footage and editing the first few scenes. I've been sort of slacking on the blog front. But here it is! And isn't it great? Let's start with a video. This is a bit of a departure from the standard Intersect blog video... it's less of a Fit For Rivals blasting, greatest hits from behind-the-scenes video... and more of a short-form docu-soap / road-movie bro-film about the last day of filming.

:::VIDEO BELOW::: (Disclaimer: because of the raw nature of this video, there is some sharp language.)

The video was shot in the same "from the hip" manner we shoot every video... so it's a little rough... but it felt like something that needed be put together in a way that would cap off the end of the long Intersect filming journey. It's a little insight into how Gus, Jason, and I work when left to our own devices. 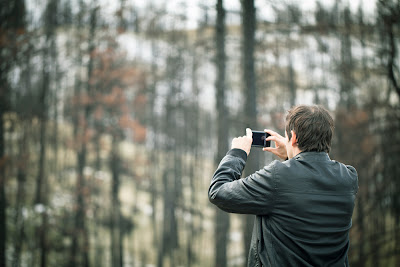 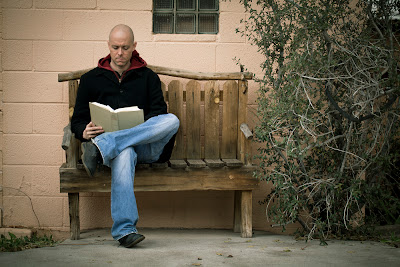 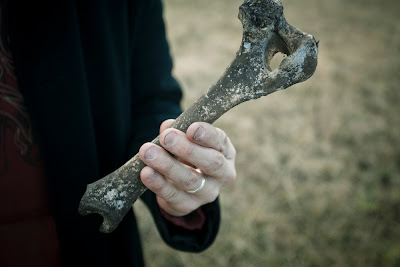 We needed a new location. And that meant leaving Phoenix. Our road trip took us to northern Arizona, between the towns of Springerville and Alpine, in the wooded area recently destroyed by a massive forest fire. The stark, depressing landscape made for a uniquely desolate setting for the scene we needed to shoot. 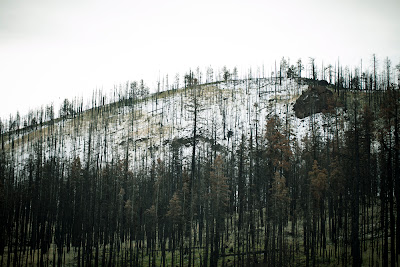 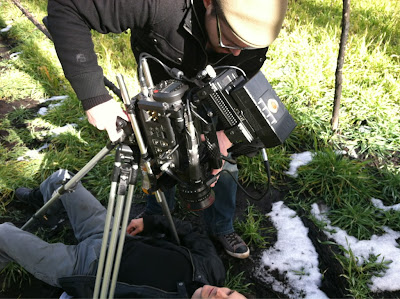 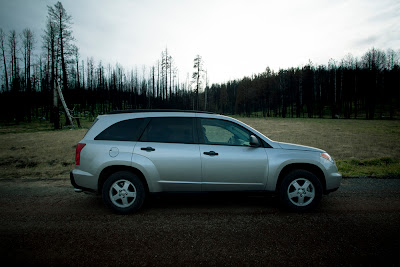 We drove for 6 hours through the night, charged our RED batteries in the motel while we slept, and woke up early and got right to work. We we're fairly deep in the mountains when we started filming, and far from any power outlets, so the charge we had on our batteries had to last us the entire shoot. 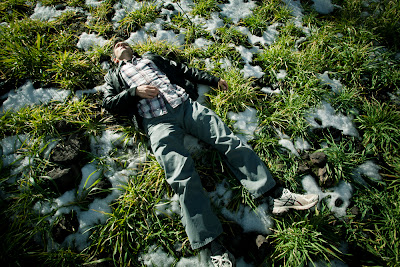 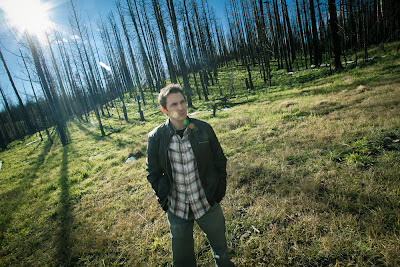 We got very lucky with regards to weather and sun, and had very consistent light through the whole day. Granted, the temperature was in the mid-30's, and we we're freezing, but focusing on the work and keeping our bodies moving made it tolerable. We ended up getting everything we needed on the 2 batteries we had. Careful planning and conserving our shots saved us in the end. You can see in the video how close to the wire we really came as we filmed till the camera literally shut off. 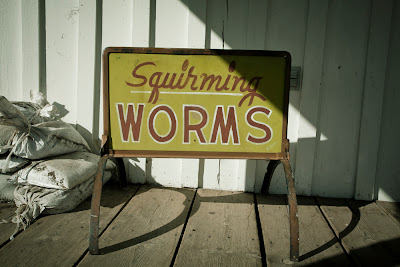 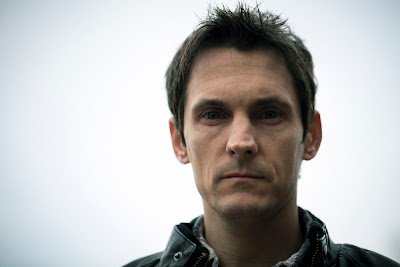 In the end, we were all astounded by the quality and beauty of the shots we were able to get with such a small crew. We left feeling very relieved and secure in the fact that that we now have a complete movie on our hands. No matter what happens now, we have a solid film, and it's time to put it together. 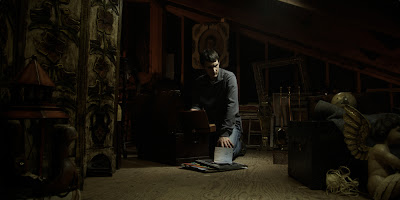 It's worth noting that before this road trip, we overcame another large hurdle associated with filming in Phoenix... finding an attic. Finding any "filmic" architecture in Phoenix is hard enough as it is, then throw in the added difficulty of an attic, and it's a right tricky thing. Again, diligence and luck paid off. 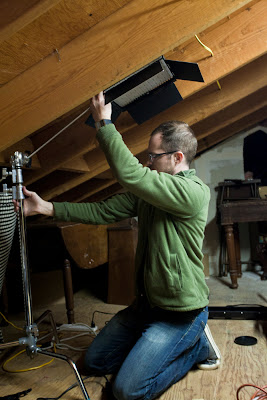 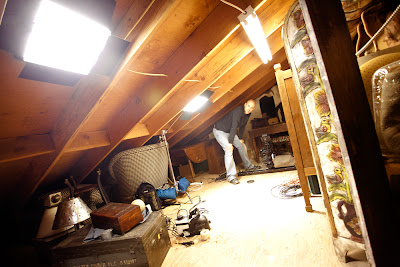 After months of sticking our heads in all our friends crawl spaces, and asking everyone we knew, we found the most amazingly perfect attic in a slightly older part of Phoenix. The physical shape of it made for very easy camera placement, and gave it a very cinematic feel. The items that ended up in the scene were actually all handpicked and arranged by us, from the owner's cache of amazing keepsakes and furniture. (Aside from our props) We really couldn't have asked for a better location. By the end of it, we had a pretty epic scene on our hands. 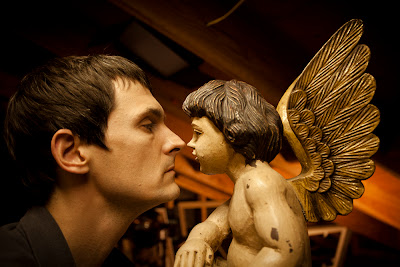 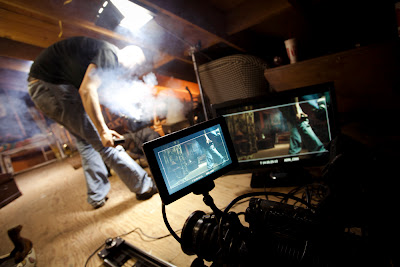 I almost threw in some video of us arranging the items in the attic and placing our lights, but I didn't want to detract from the road trip video. Oh well, maybe something for the Blu-Ray. :) 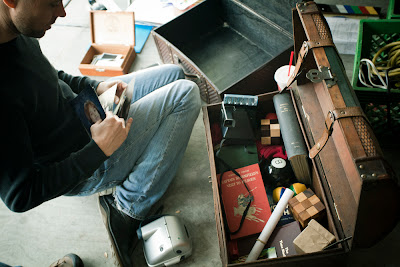 Over the next few months, as we continue to edit and make new progress on the film, we will still be blogging and possibly throwing up some footage from the scenes we're working on. We'll also be more diligent with our Twitter usage... so be sure to follow us @IntersectMovie for more frequent updates. 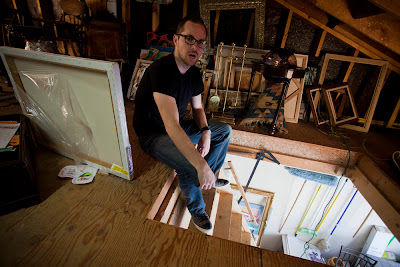 Thanks for hanging with us this long! We're thrilled with the footage we have, and we can't wait to share it with you.