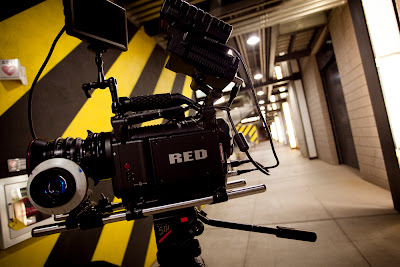 Another large chunk of Intersect filming is done as of this blog post... We've officially wrapped principal photography on all of our actors, except Jason Spisak! Wow! That's a great sentence to type. Why not take a quick look at what we've been doing over the past 5 weeks in this action packed video: 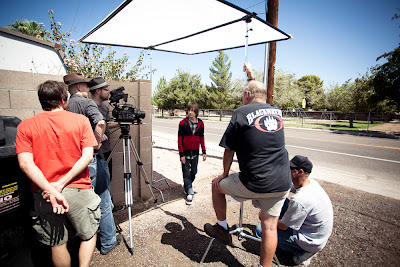 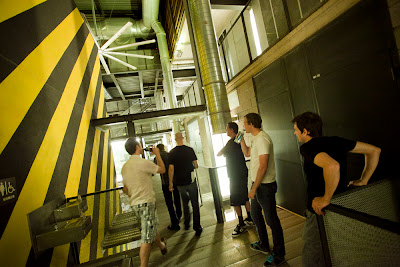 Jason's involvement in this film as the lead acting role, as well as producer, will continue as we tie up all our loose ends and finish our pick-up shots. But having everyone else finished is, as you can imagine, a giant load off... for everyone. No more scheduling. No more long days in the hot Arizona sun. So much less to worry about now. It's a weird feeling, knowing your life is about to open up again. It's nearly time to dive full-in to the editing. It's already begun, but soon we'll be editing around the clock. 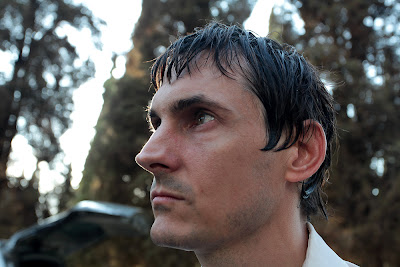 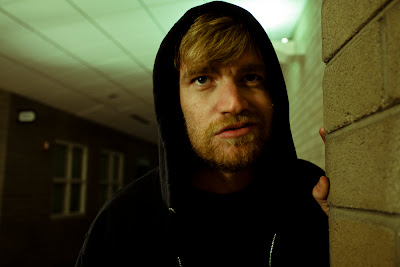 Abe Ruthless... what can anyone say? Abe has been with us from literally day-one of shooting. He's been the most hard-working, dedicated, and easy to get along with person we've ever met. From wardrobe, to makeup, to his extensive hair and beard work on this film, Abe has put up with a lot of torture from us. Not to mention the insane character arch he's had to follow. Seeing Abe develop his character and work through his vast emotional display on set has been truly inspiring to watch. Everyone has learned something from Abe by working on this film, and his phenomenal performance will be a joy to watch. We're all in for a serious treat. 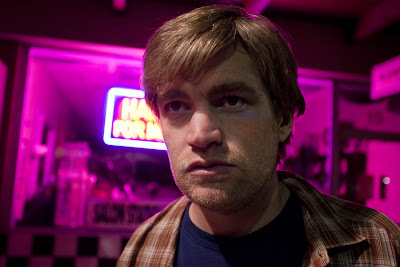 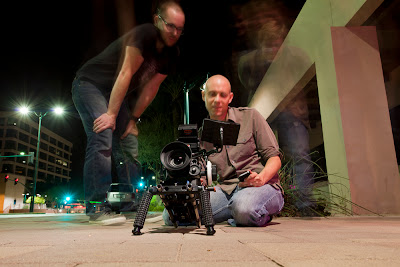 One interesting night with Abe took us from shooting inside the hallways of a school, to Mesa's bustling downtown area at 2:00am. We filmed a few cutaway shots with Abe as he was leaving a restaurant from an earlier scene, then we waited as Gus hailed us a cab. For some reason it took an incredibly long time for a cab to show up, so I decided to take a few long-exposure photos while we waited. I'm particularly keen on Abe's "Hear no, speak no, see no evil" shot. 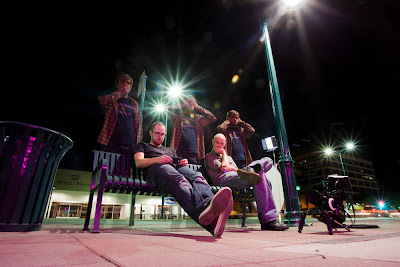 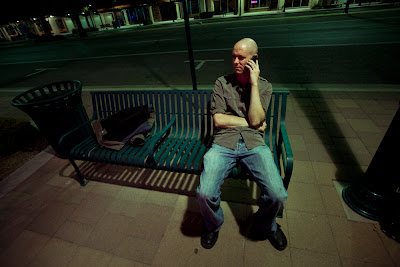 What about this D'artagnan cat? Yes, sir... He's completed his tour of duty as well. D'artagnan Driscoll has been put through a particularly tough time on this film. Not only is his character emotionally flawed and severely conflicted, but his wardrobe has caused him more angst than anyone else on the film. D'artagnan's most prominently featured costume had been dubbed "Warmy", on account of it being comprised of an orange under shirt, a dark flannel sweater, and a red and black hooded sweatshirt over the top. Every time we needed that costume for an outdoor shoot, it was well over 100 degrees, with no cloud cover. We never once caught a break from the sun. But D'artagnan suffered through right to the end. Of everyone in our younger cast, he's endured more rough schedules and long days than anyone. We were glad to finally wrap him, and can't wait to showcase his abilities. 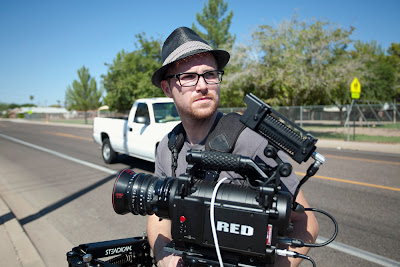 We brought Leeann Dearing back for a short day of one or two pick-up shots, and even wrangled in Garrett Boyd for one scene! Garrett, you'll remember portrayed Geoffrey from the Event Chamber lab scenes. And on our very last day of shooting, we even had Slade Hall back on set! It was a very long night of shooting, but we got some incredible footage with Slade and Abe inside a giant power station. Slade's performance as snarky science reporter Larry Fincher, and his run-ins with Abe's character provide a bit of comic relief to our serious time-travel, sci-fi, action movie. 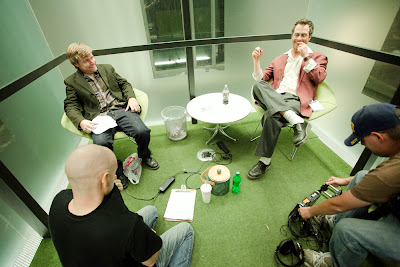 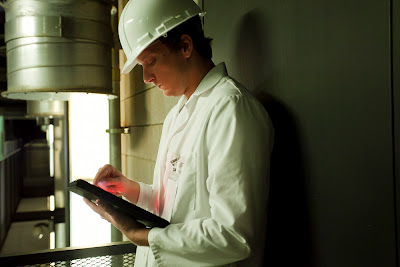 Well, you're up to date again! Sorry for the long delay, and thanks for checking back. We'll be posting more entries as we completely wrap up filming, and along the way throughout the editing process. Also, be sure to follow us on TWITTER ( @intersectmovie ), where we will be posting more frequent, up-to-the-minute updates in the coming weeks. This adventure is far from over, so keep an eye on us. We're planning something special for the next post.... 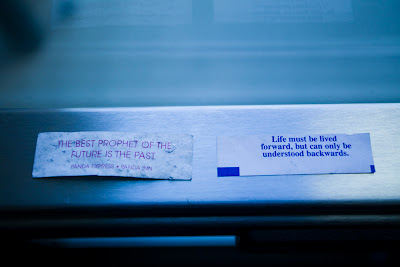 One last nugget... these are actual fortunes we got during the filming. One was from a chinese restaurant we ate at after our last day of filming in the lab. The other I found on the ground during one of our last outdoor shoots. Insert Theramin sound effects now...