You have to know where your towel is... 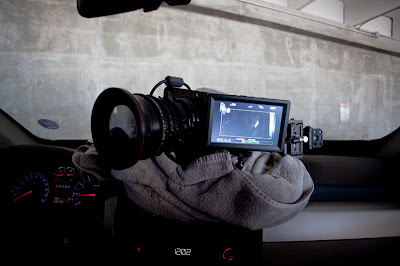 Every few days, whilst being on set filming this movie... I'm reminded of the importance of the standard, garden variety bath towel. It got me thinking.... can a movie actually be made without one? In a word, I don't think so. (Ok, a few words) But read on, and decide for yourself... it's an election year after all, better start thinking about these sort of issues!

I think the best place to start is with the innovations the towel has been responsible for on this specific movie:
The first one that comes to mind is something we invented on set in the laboratory... the "Towel Dolly". Tried and true, the Towel Dolly got us through some tough shots in the past. Namely focusing on one of our actors staring at a mouse sitting on a desk, and having to dolly around it to make the shot more dramatic. Our dolly was either too high or too low, and we couldn't 'reach' over the desk itself... so we plopped the RED on a folded towel and started pulling. Sounds simple, but it worked brilliantly.

This weekend we shot some of our in-car chase footage. Jason's character needed to rush to the lab in panic-riddled scene and we needed a tight, front-on, steady camera angle inside the car. Again... in this low-budget indie film, we couldn't afford a caged up vehicle dolly with a crane attachment. So we disassembled the RED, spread the pieces out over the dashboard, wadded up a towel around the body, and jammed it between the windshield and the dash. Looked great, worked great, and probably saved $5k. All because of a towel.

Same situation, needed a low angle shot inside the car, didn't have a small/heavy duty tripod to support the RED... why not contort my body under the dash, use a towel as a pillow, and rest the RED on my chest? Worked perfectly.

Or, how about for the POV from the chase vehicle? We dangled the RED over the side of a pickup truck, but didn't want either item getting scratched... stuck a towel in between the two... Done! And even used another towel as a knee pad for resting on in the back of the truck, and one around my waist when I was being tied in. 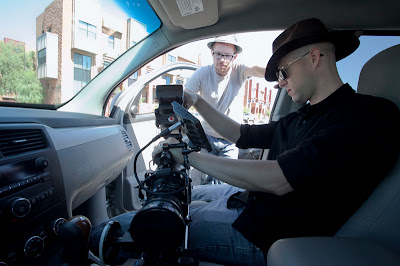 Now... I know what you're thinking... "Yeah, but Luke, those circumstances you listed are ridiculous... what about in a normal movie?" Well. How about I quickly just list of other uses? Shoulder pad for under the RED when shooting hand held... something for the child stars to lay on while shooting on the hot ground of the alley... cushioning the fall of breakable props... cleaning up pools of semi-coagulated fake blood...  makeshift knee-pad for kneeling/low angle steadicam shots... and how about as simple as a dust cover for the camera? Douglas Adams pegged it when he wrote of the importance of the towel, and the crew on this movie won't soon forget it. 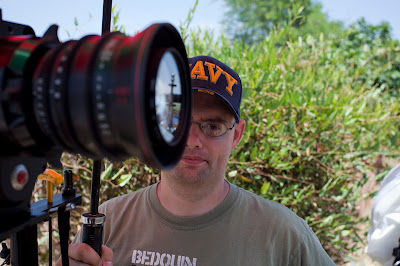 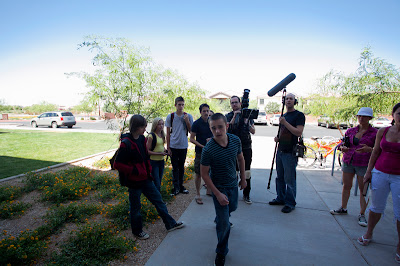 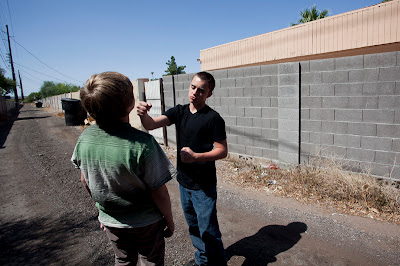 All the towel talk aside... this blog marks the last day of shooting for Jacob Lacy, our lead bully "Abner". Jacob really brought something dark and slimy to the role of Abner. On a number of occasions we were shocked how creepy he made the character! We can't wait to edit his footage... it's just teeming with wickedness. Thanks for all your hard work Jacob! 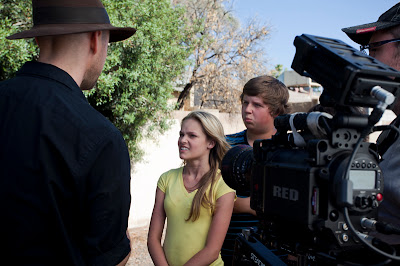 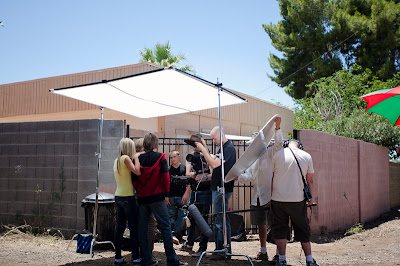 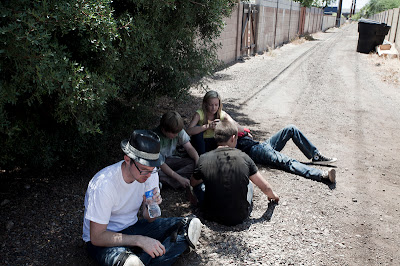 This post also meant a return to the much loathed, incredibly dirty, insanely hot alley in south Scottsdale. Neither kids nor crew were happy, but after a look at the dailies we decided we needed one more day down there to make the fight scene really pop... and we got it! It looks great. The kids really beat the crud out of each other! We couldn't have asked for better. 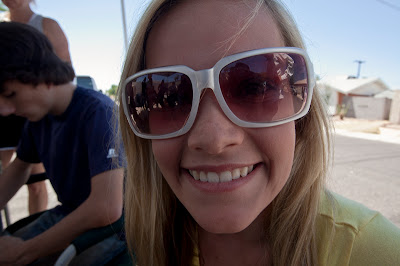 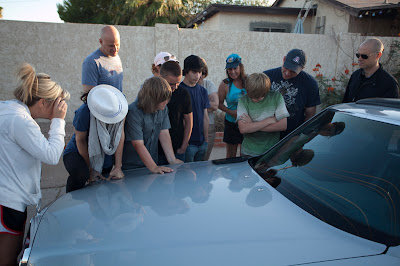 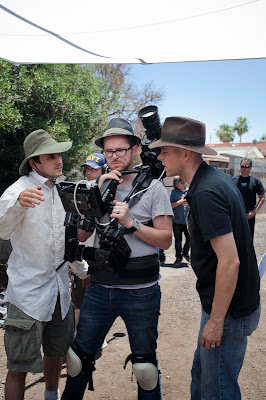 Stay tuned for the next post... we're approaching an epic milestone! And always remember where your towel is!