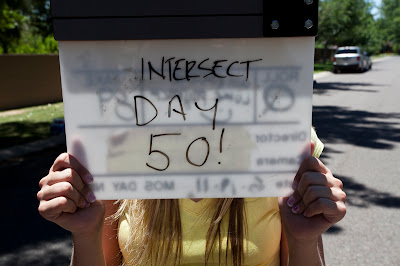 Well folks. It happened. We've made it through 50 days of shooting on the Intersect film! Don't celebrate too much just yet tho... there is still another hefty chunk left to do yet. But celebrate a little... jeez!

Here's a video to fill you in on what you've missed... 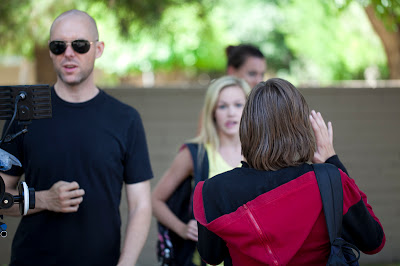 This blog adventure, while short, chronicles a couple crazy days.... and a few milestones for us. Firstly... 50 days of shooting!! Which, is pretty serious. A bit boggling to think back on... and looking at the terabytes of footage that is stacking up for this film is seeming quite daunting. But we're getting so close to the end! We cant wait to start editing this thing! 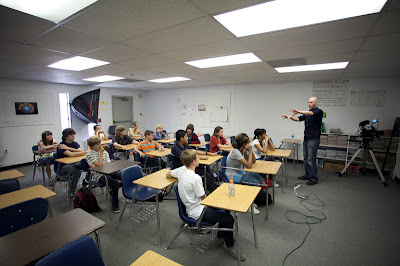 This week we wrapped two acting pros: Kelcey Bligh and Ryan Adelson. Kelcey is, of course, the younger version of the film's blond starlet, Dr. Caitlin Webb... and Ryan plays the role of Dr. Nathan Beaumont's younger self. Both have been great to work with, and a joy to watch on camera. These kids are going to stun people! Working on set with young adults has been full of surprises, but it always struck me how much energy they have! We're shooting in Phoenix, Arizona, in the sun, in the summer, with temps of 100+ degrees... and Kelcey is doing gymnastics between takes... while Ryan and D'artagnan (in a sweater) are slap boxing and chasing each other around set between camera set ups. That fact definitely kept the crew on our toes. 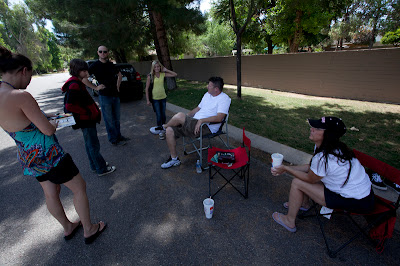 D'artagnan is still tied in for a few more days of shooting. But we've moved to the indoor section of the film. Something we're all quite happy about. But for one scene, we did have to jam a plastic syringe up his nose and fill it with fake blood. He wasn't thanking us for that. But like a trooper he took his fake blood with a snort and a smile. 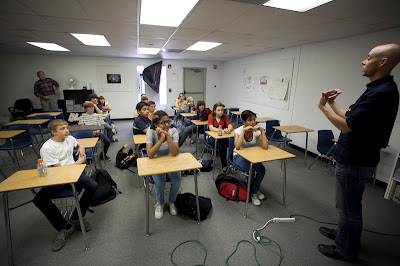 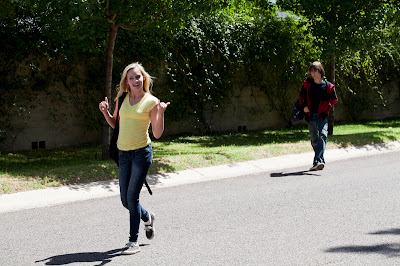 The next 4 - 6 weeks are going to be crazy hell weeks for us. There will be a lot of shooting going on any time we can squeeze it in.We'll be dressing sets in between work, and driving all over town to different locations. Should be a lot of fun, when it's done. The finish line is getting so close... keeping the engines pumping men! I'll try to keep the blogs coming during the shooting... but just be patient.