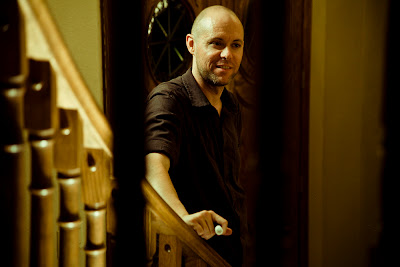 It's been a long time with no blog. But it's not for lack of content... we've been ridiculously busy with Intersect over the past few weeks. This is actually the first lull we've had, and it's given me a chance to finally throw up some new stuff! Let's start with a new video... check out what we've been doing over the last 10 days of shooting... 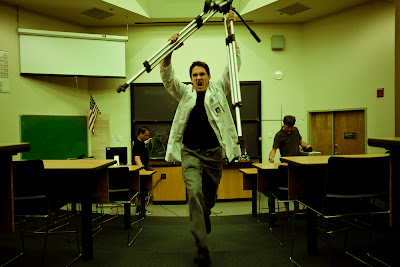 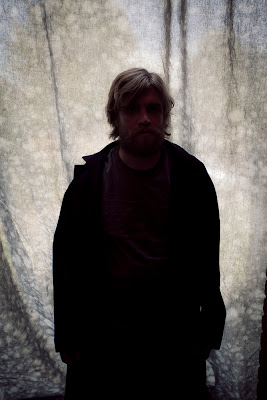 As of this blog, we are in the very final stages of principal photography!! With what we finished last week, we have about 95% of the film accounted for. You cannot know how thrilled we are to start editing! To start looking at all the work we've done over the past year, and finally get to see it strung together. Plus, there will probably be some sort of massive wrap party for everyone involved. That should be enjoyable too. :) 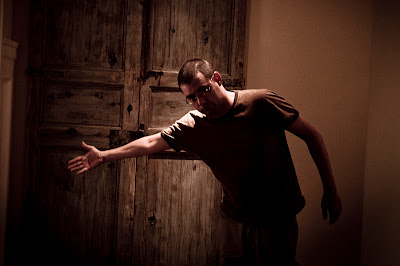 So, in this blog you get to meet a few new Intersect people, and say goodbye to a few people that are wrapped on this film. The fantastic Debby Rosenthal was the first to go. Debby of course played our lead character's troubled mother. We had a great time exploring the vast array of emotional ticks of Mrs. Winrich with Debby. 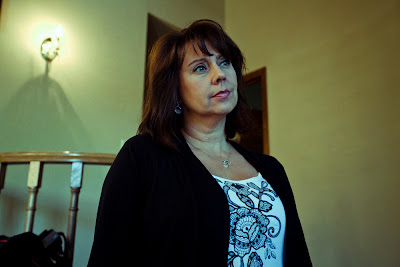 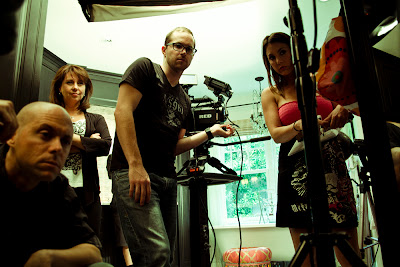 Mike Lawler, the Dean of Miskatonic University, also got to say goodbye to Intersect this week. Mike came back for his final scene with Jason and Leeann's characters, and floored us with his nuances and ability to add just the right amount of darkness to the character. We always had a great time working with Mike, we'll be happy to see him on screen! 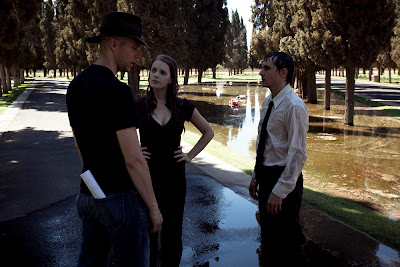 Leeann Dearing was the next to wrap. Leeann, of course played one of the lead roles, the character Dr. Caitlin Webb. Leeann definitely earned her wrap... we spent a very long, hot and sunny day in a cemetery spraying her with hoses. Despite the 110+ degree temperature outside, the cold water from the tap actually kept our actors shivering most of the day. It was definitely a physical day of shooting, and we were glad to see it done. Leeann left to a small round of applause wrapped in a towel, soaking wet... a fitting end to anyone on this film. 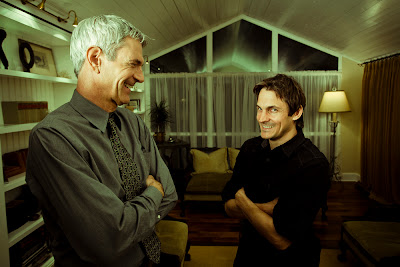 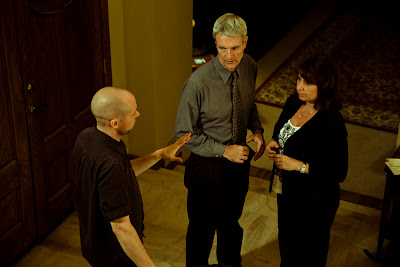 A few fresh faces this week as well; Randy Messersmith, Jared Spishock, and Michaela Dean. Randy gave a very startling performance of Dr. Matheson, the stoic family friend of the Winrich parents. Randy brought a great new variety to the film, and was an amazing addition to the cast. 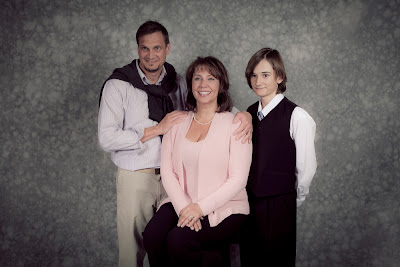 Jared Spishock portrayed Ryan's father in the film. Ryan's mental state and unhappy childhood were partially a result of the situation with his father. Hmm... that has to be intriguing! 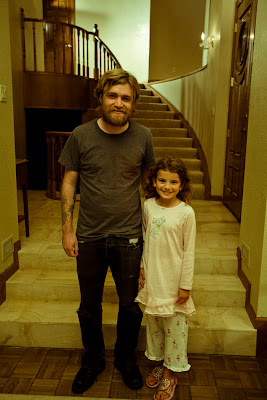 Young Michaela Dean came on set and surprised everyone with her incredible acting abilities as well as her sharp knowledge of the source material. She knew the script forwards and backwards, and on a number of occasions I could hear her explaining very complex parts of the story to the other people on set. Michaela was a joy to work with, and we're all really looking forward to watching her part in this film. 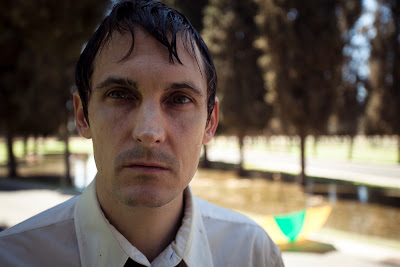 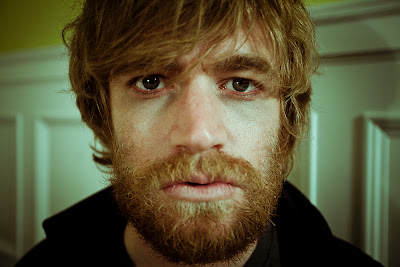 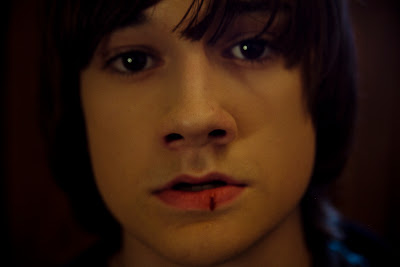 But let’s not overlook our veteran actors who are still on board! There were some command performances by Abe Ruthless, Jason Spisak, and D’artagnan Driscoll as well! We filmed some things with these guys that will make you shiver in your snuggie! So what did we actually get done? We shot all of young Ryan's childhood memories at his parent's home. To which we owe a very giant thank you to Shelly Adelson (and the entire Adelson family) and Zack Johnson, who both very graciously let us take over their homes for a number of long days. Thank you both! We wouldn't be where we are without your help! 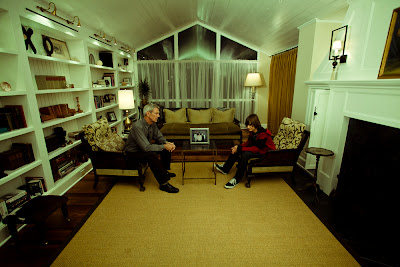 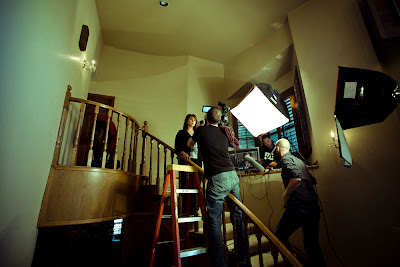 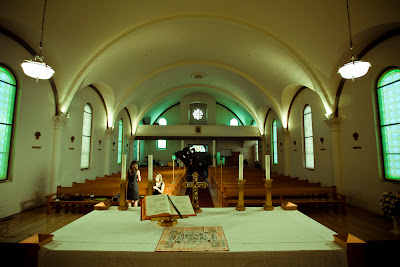 We also filmed inside of a chapel, which was a pretty amazing thing in itself... Gus, with the keys to a church. Filming inside of a church was a lot like filming inside of a cave... very difficult to light properly. We had a heck of time getting the light the way we wanted it, but in the end we all said "we got our chapel!" and that said it all. 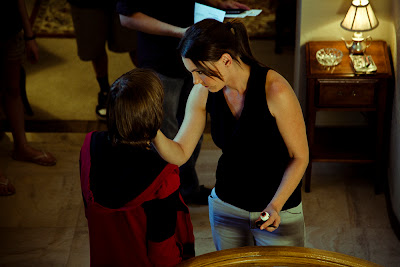 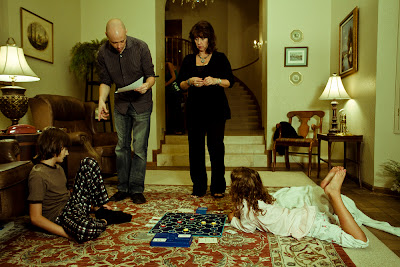 As I said previously, by the time of this blog post, we're WELL on our way towards wrapping this film. By my math, we should be able to count on one hand how many full days of shooting we have left! Hopefully, by the next blog I can finally announce that we're finished. 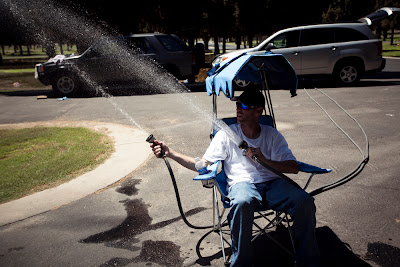 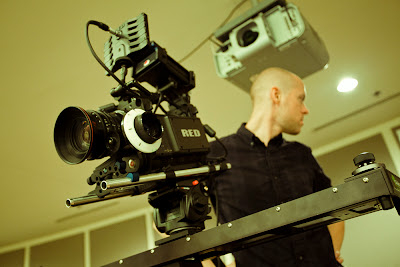 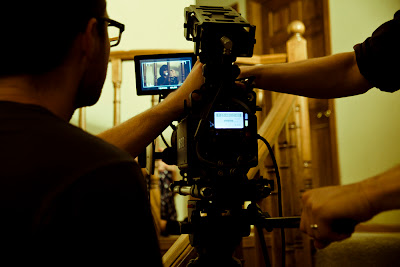